We have developed this project within the expanded field of painting where the pictorial possibilities extrapolated the triad - the paint, the brush and the support. Having the theme of erasure always present in our studio practice, both as a process and as plastic goal, we gave priority to the sense of doing, of experimentation and transformation. We used multiple strategies of erasure, to plastically and graphically explore aspects of Foucault's theory (épistéme), where he argues that societies operate a system of truths which are embedded in a Web of discourses that compete for hegemony. In this competition, some discourses are disqualified (erased) and may become invisible, while others become dominant (hegemonic). As a result of our practice, books were transformed into interactive artistic objects which lie in-between the disciplines of painting and sculpture and are reminiscent of the palimpsestic aspect of Foucault’s theory which underpinned this study 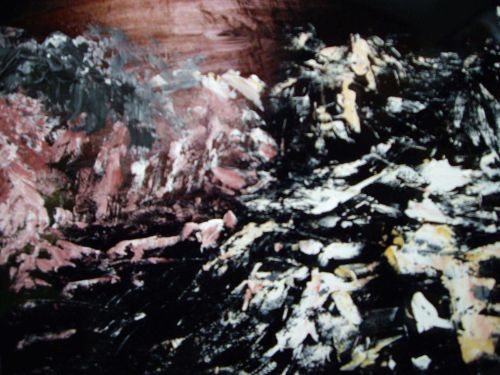